I recently posted a continuation of my photo series, Dark Matter. Dark Matter II goes into more detail, literally, since I captured this iteration with the Phase One IQ4 150MP.

Given the choice, I’ll pick medium format to photograph almost literally anything. In this case, however, I felt it was especially important to capture with the highest resolution possible, along with a quality macro lens. The 150 megapixel IQ4 with the Schneider Kreuznach 120mm LS BR lens was the ideal choice. 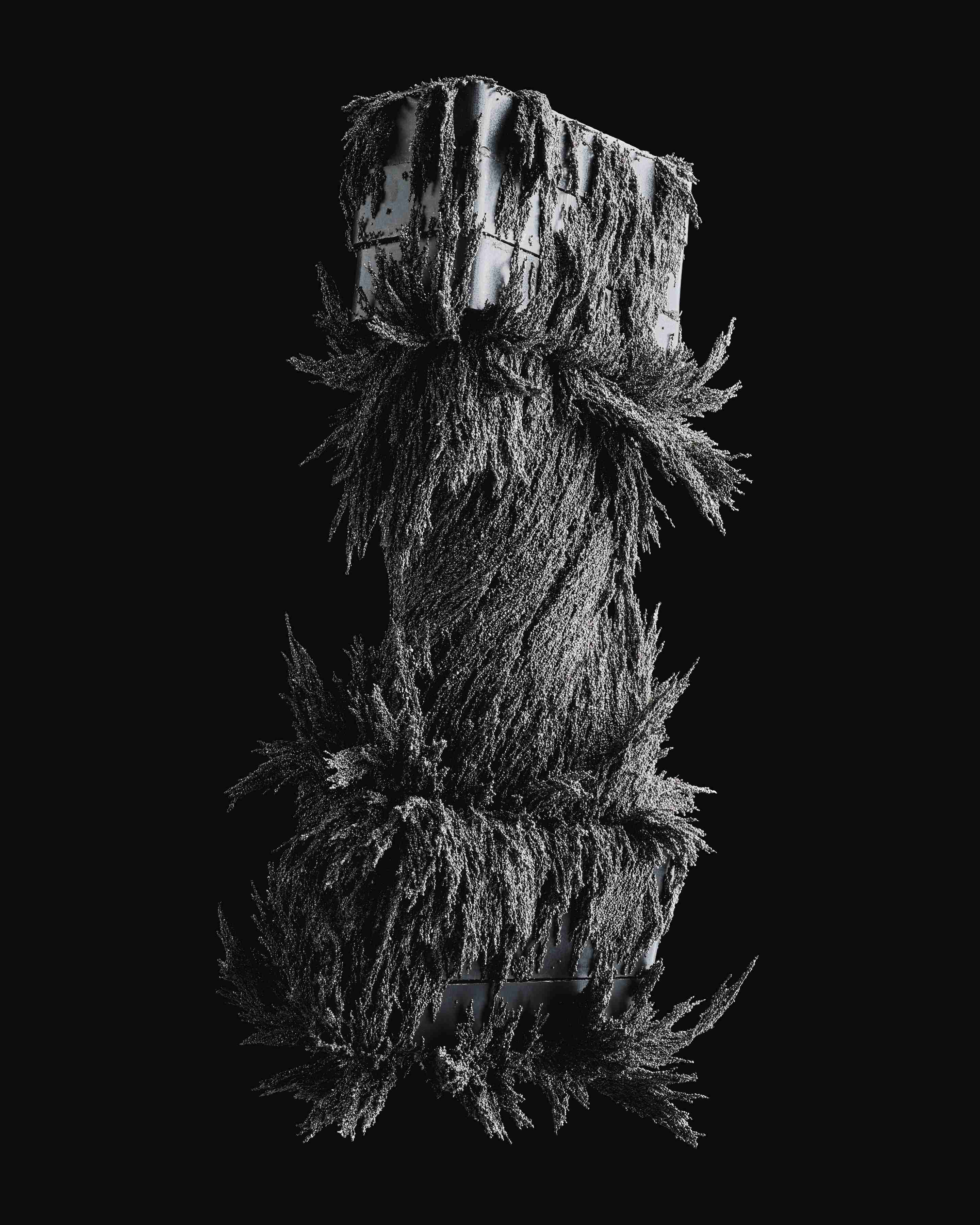 The series is inspired by and intended to imagine dark matter’s interaction with normal matter as seen from a 4th dimension, or bulk. Dark matter is completely invisible to the electromagnetic spectrum, but nevertheless interacts with regular matter through gravity and adds to the total gravitational behavior of large structures like galaxies and galaxy clusters. It’s a complicated subject; one I won’t even begin to understand no matter how much I try to learn about it, but the concept is fascinating.

In the case of this series, I’m using ceramic magnets and iron filings in place of “matter” and “dark matter” to create dynamic sculptures. The iron filings are very small, so in an effort to capture the entire sculpture as well as appreciate the intricacies of the texture of the iron filings, I employed the XF IQ4 150MP and its focus stacking feature. 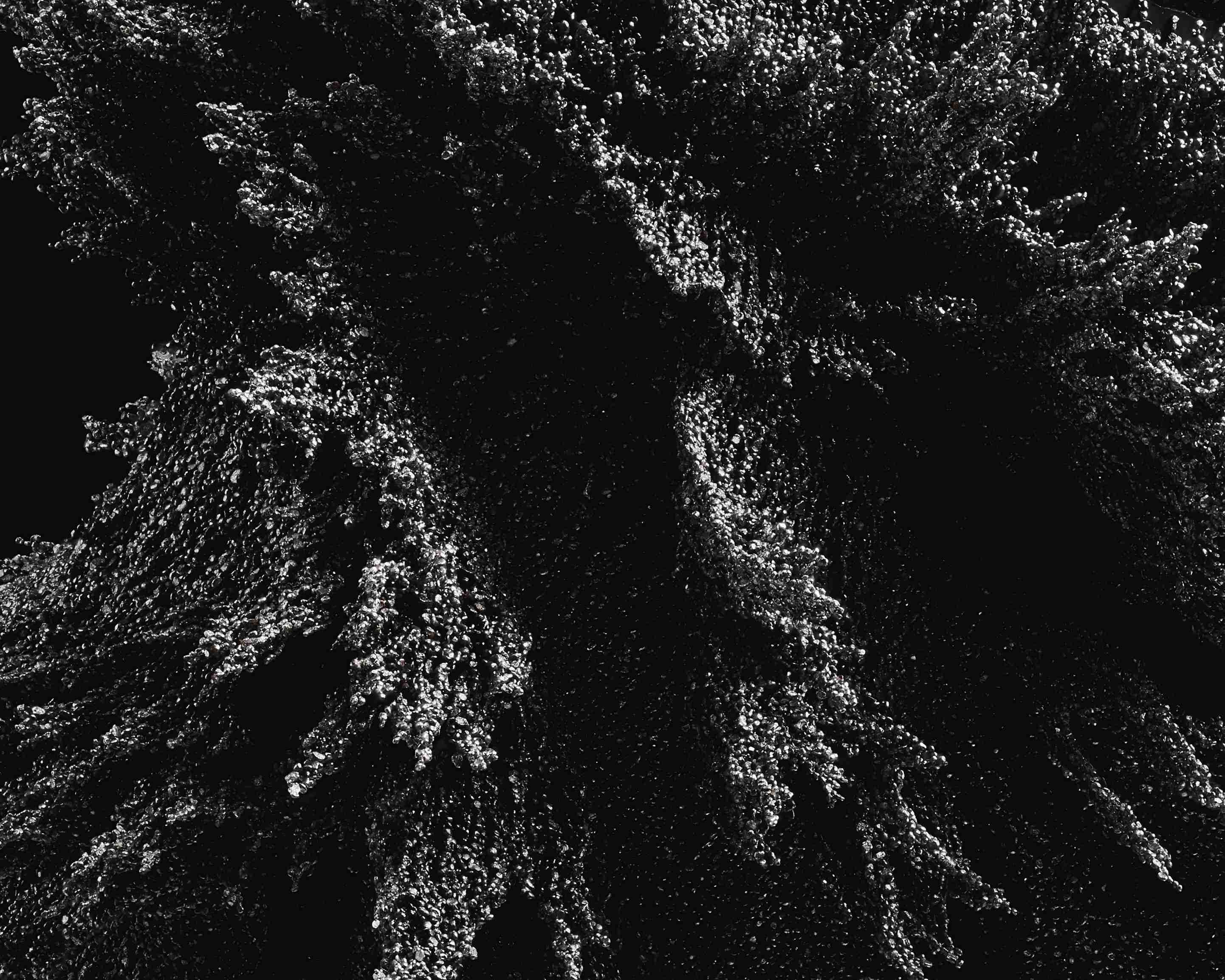 The focus stacking feature of the XF IQ4 150MP  combined with the ultra sharp SK 120mm LS BR is an exceptionally powerful tool since it can intelligently recommend the number of images to take in a focus stacked sequence, taking into account the distance between the selected near and far focus points, distance from the camera to that range, selected aperture, and then automatically execute that sequence on command.

I wanted to reduce the number of images taken as much as possible while still retaining exceptional detail, so stitching together a panorama was out of the question, especially since each portion of the panorama would have to be focus stacked. Such a panorama would have likely required at least 4 separate compositions, each focus stacked with likely well over 100 individual images since the sculpture would need to fill the frame (and they’re only a few inches wide).  That would place the number of individual images stacked and stitched together to impractical levels. Fortunately, the Phase One IQ4 150 allowed me to take just 40 images in one composition and stack them together using Helicon Focus, helping produce a single, exceptionally detailed image.  Capture One’s “select by same sequence ID” function and Helicon plugin make this process incredibly simple. 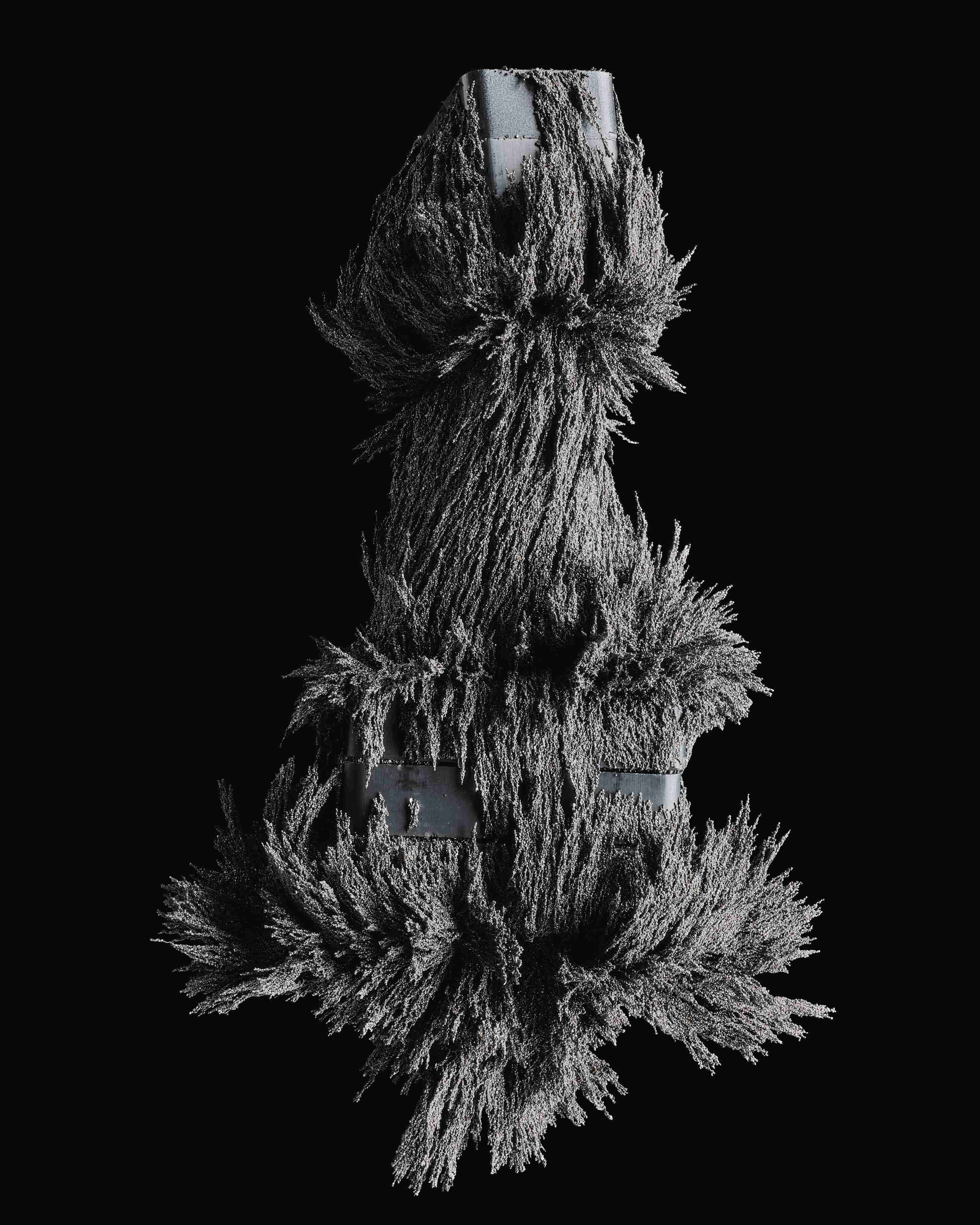 It’s true that medium format camera systems record what you point them at with far more resolution, detail, sharpness, and overall information than essentially any other camera type. This adds to the overall quality of the final image and makes much larger print sizes possible, but occasionally it can actually contribute to the photograph in a different way.

Using medium format was particularly important for this project since the very small iron filings are such a dominant aspect to the photographs. The larger overall structures are the main subject of the images, but so much of the image exists as pure detail thanks to the small but dynamic iron filings and the bizarre and interesting forms they naturally take on when exposed to magnetic fields. The relationships between different filings and the complex structures they produce strike at the heart of the final images. The IQ4 150’s extreme resolution and the sharpness of the SK 120mm LS helped me reproduce the larger subject while simultaneously highlighting the hyper-detailed filings that make up the structures and give the work its depth. 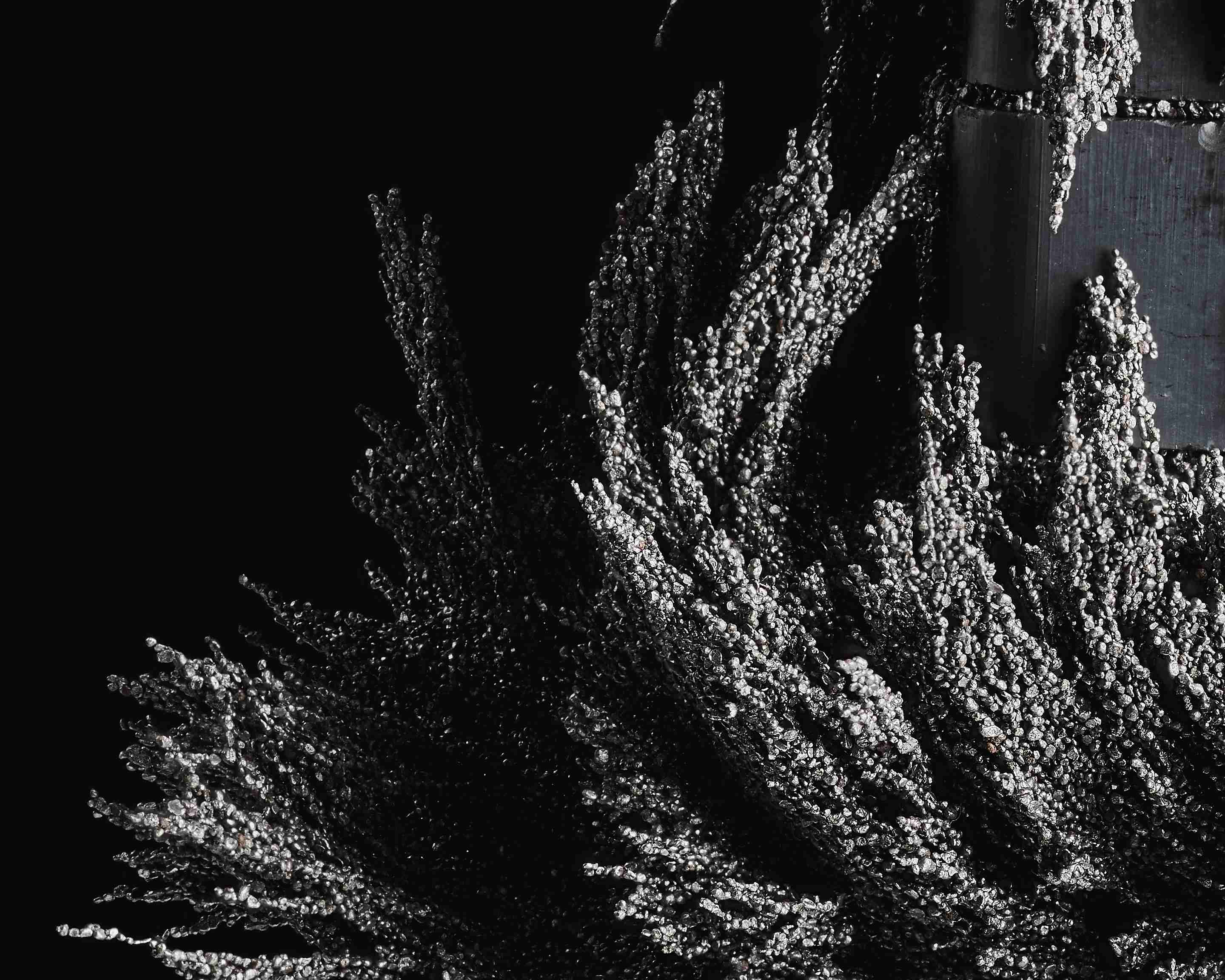 As is so often the case, online reproduction does little to reflect the quality of the files. A large print would do the images justice, but online viewing can be a challenge. Web resolutions can only do so much for an image with a native file size of 35.51 x 44.38 inches.  There’s detail there that simply can’t be appreciated by a smaller size, much less a sub 2000 pixel version. To get around this online, I post 100% crops from the stacked files, thereby not only showing potential buyers the quality a print would offer, but also exhibiting the parts of the image that get lost in translation when viewed on a small screen. Showing a 100% view of the dynamic shapes the filings make are essentially standalone images by themselves, yet are simply a small section of the overall sculpture. Shooting medium format helps achieve that kind of depth especially in a detail forward project like this, and helps better represent the work. 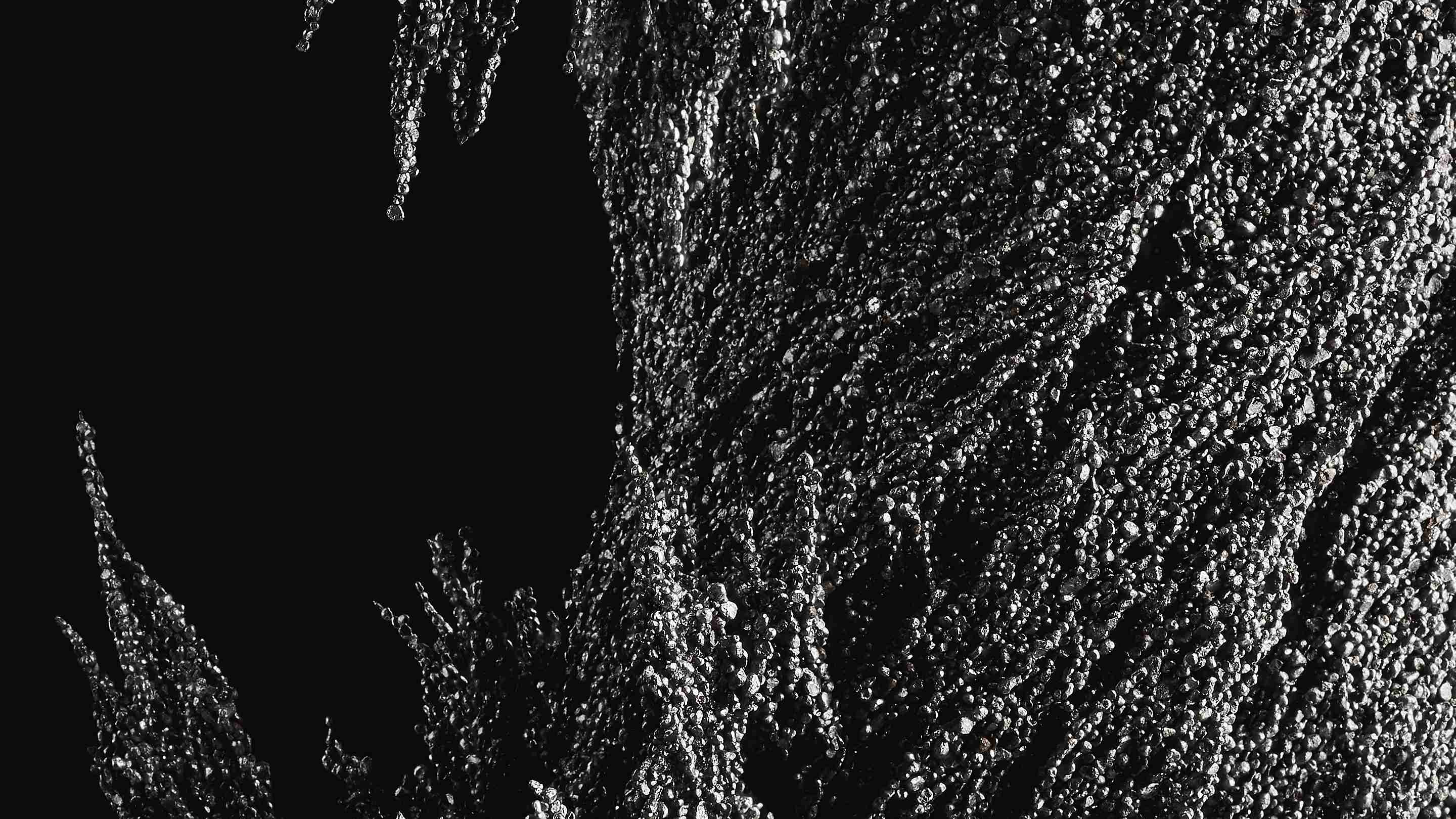 If you want to see more of the project, visit my website: www.zachenderson.com

For any question regarding the camera or tools used to make this series, get in touch below: